Where is Prague – The countries and cities of the Czech Republic

The country consists of three lands: Bohemia (in the west), Moravia(in the south-east) and Silesia (in the north-east). The large or interesting towns in these three parts are: Prague (Bohemia – its capital), Pilsen (famous Czech beer is brewed in this Bohemian city), Ostrava (with heavy manufacturing – in Silesia), Opava (so called the white city in Silesia), Olomouc (great architectural town in Moravia), Brno (also known as the capital of Bohemia), Kroměříž (on the list of UNESCO in Moravia).

Where is Prague -The border countries and brief history

The Czech Republic lies in the entire centre of Europe and exactly in the eastern part of this continent. The neighbour hooding countries are: Slovakia (which used to be a part of Czechoslovakia from 1918 to 1993 with the break during the WWII – in the east), Austria (the Czech Republic was its part about four hundred years – after the battle at Bila hora in 1621 to the end of WWI in 1918), Germany (which formed the history of our country ever since) and Poland which used to be strong feudal state in the past.

Where is Prague -The importance of the city of Prague

Prague stands for the important city of the Czech Republic for its cultural, political, economic reasons. However, this is the great centre of different architectural styles and the visitors can admire its beauty in the modern history (for example the Dancing house) or the splendid reminiscence of the old times (for example world-famous Astronomical clock at the Old Town Square). 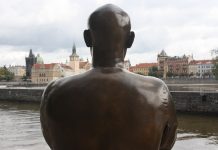 Czech religion and atheism in Prague and Czech republic 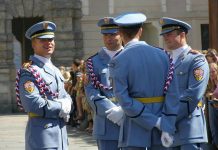 Untraditional tourism – master Prague on your own 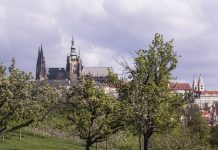