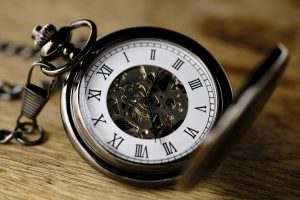 Prague as one of the most popular tourist destinations in middle Europe lies in time zone of Central European Time (CMT), which gives one additional hour to Greenwich Main Time (GMT, sometimes also called Universal Coordinated Time – CMT), so in Prague it´s always one more hour than in London. Let´s have a look at some basic information about time in Prague.

What about the summer time?

Between last weekend of March and last weekend in October the time in Prague and entire Czech Republic is advanced by 1 hour. This is called summer time, or also, daylight saving time (DST) according to original purpose of this time advance. Originally it was purposed to make the time of sunset later to enable more time for work in times when there was need for more work from people and electricity and artificial lightning was expensive or even impossible in some places. Summer time was used in war times and during World War II there was even winter time, which switched the time one hour back from standard time. Regular use of DST was established in 1979 in former Czechoslovakia from March to September. Back in 1996 the period of summer time was prolonged to October.

Let´s have a look back on the original purpose of summer time. It was originally set to let people use more daylight to work more. But do we really need it nowadays, in age of modern technologies and lighting that enables to erase any visual differences between day and night? Well, from the practical point of view there is absolutely no need for summer time in 21st century as electricity is available in almost infinite amount.

There are many people in Czech Republic who protest, against summer time every year before Czechs moves hands of their watches. Hundreds of people calls for aborting summer time, but with no result. Viewed by the eyes of tourists, summer time may be advantageous for you – the day is longer, sunset comes later and you may enjoy light for a longer time.

The controversies of summer time are pretty much worthless, because shifting the clock just by one hour is not that drastic. What is the difference between adapting on summer time or adapting to completely different time zone on the other half of the world?

What is the time shift between Prague and other cities?

So, do you still wonder how many times would you have to spin hands of your watch and which way to spin the crown when going to Prague? Let´s have a look.

No shift if you travel from Spain, France, Germany, or any other West-European Country excluding UK and Portugal

+1 hour if you travel from UK, Ireland and Portugal

+6 hours if you travel from the East Coast of the USA (New York, Washington etc.)

+7 hours if you travel from mid-east of USA (Chicago, Dallas, Detroit)

+8 hours if you travel from mid-west of USA

+9 hours if you travel from West coast of USA (California)

-1 hour if you travel from Finland, Balkan or Baltic area of Europe

-2 hours if you go from Turkey or Belarus

-3 hours for tourists from European parts of Russia 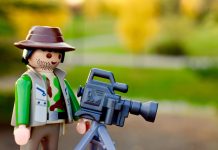 Great event in Prague – to do in Prague