After the battle at the White Mountain in 1621 the Czech people became under the rule of Austro-Hungarian Empire till the end of the World War I in 1918. In this year the Czech and Slovak lands joined to form an independent state of Czechoslovakia – our First Republic (which consisted of Bohemia, Moravia, Czech Silesia, Slovakia, Subcarpathian Ruthenia).

About the First Republic

The capital of the state was declared Prague and the president of the state had his seat in the Prague Castle. The first president of Czechoslovakia was Tomáš Garrigue Masaryk. In 1914 he fled for Geneva and after that to London. During WWI he worked to gain the agreement of Allied for creation of an independent Czech state after the war. And thanks to forming the Czech Legion the Czech nation was considered as the winning one. Another successful was Masaryk’s visit to the USA resulting in the Lansing Declaration in 1918 that supported the formation of an independent Czech state.

The period between WWI and WWII is often named the First Republic. It was the era of parliamentary democracy and over seventy per cent of Austro-Hungarian Empire was concerned in Czechoslovakia and thus the state was really strong in economy and international influence. In First Republic Prague cooperated with Paris very much and also in cultural way, so the example of this cooperation is Czech-French art-nouveau painter Alphonse Mucha. The boundaries of the state were agreed in the Czechoslovak Constituion of 1920.

The fall of the First Republic

After the year 1933 in First Republic – Czechoslovakia stayed the only state which could be destribed as democratic in central and eastern part of Europe, however, Sudeten German minority which was supported by neighbouring Nazi Germany made Czechoslovakia to let Sudetenland to Germany in 1938 due to the Munich Agreement which caused the end of the First Czechoslovak Republic. The new state was named the Second Czechoslovak republic which was in existence till the end of WWII. 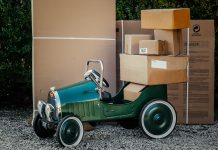 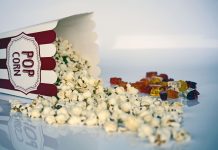 Prague is the great place for Hollywood movies and adverts 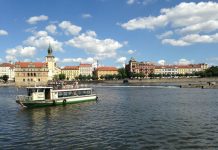 Prague river cruises: How to enjoy many sights