The one day trips from Prague to Kutna Hora

The great trip which takes about five hours is the trip to Kutna Hora. It takes about one hour to drive eastern of Prague. Kutna Hora stands for the architecturally rich town which history goes back to the Middle Ages when the great silver ore field made Kutna Hora the second most important town of the Czech countries. As its production of silver which symbolizes the money, force and wealth of Czech kings and the kingdom itself. When you walk around the city centre you will quickly realize why this is one of 12 sites in the Czech Republic as a UNESCO World Cultural and Natural Heritage.

READ HERE – What to do in Kutna hora

What to admire during one day trips from Prague

The inner part of the Cathedral of St. Barbara (who stands for the patroness of the miners) forces us to admire the best example of late Gothic architecture in Bohemia. There is also the Sedlec Ossuary which is named the Bone Chapel too, the Old Mint where Prague Gros and later Austrian Tolar were made.

One day trips from Prague to Cesky Krumlov

The other interesting trip is to Cesky Krumlov (which is on UNESCO World Cultural and Natural Heritage list) which is the second sought-after historical place after the capital. The historical centre with its marvellous winding streets shows the pure example of Gothic, Renaissance, or Baroque architecture. The visitors can have a great time having the delicious lunch in a medieval tavern and after the refreshment they can admire huge castle complex above the Vltava River.

READ HERE – What to do in Cesky Krumlov 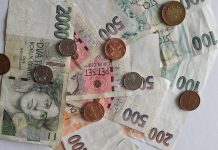 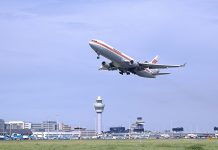 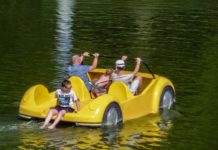 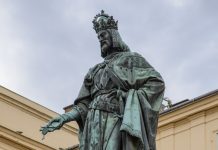